I realize as I write this that attempting to provide a recap of TIFF15 is an exercise in futility. I managed to catch 34 films at the festival and this only covers about 9% of the line-up. Within the confines of that delimitated experience, I can say that it was indeed a very good line-up – in other words, I chose well (26/34 or 76% of the pictures I saw were good enough to earn a recommendation). Here are my Top 5 picks from TIFF15. 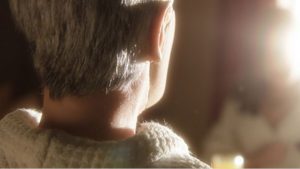 1) Anomalisa
Charlie Kaufman’s beautifully rendered stop-motion animated puppet drama is a masterpiece. The plot couldn’t be any simpler. Michael, a famous motivational speaker struggles with his inability to connect to people. One night, on a business trip, he meets Lisa and his life begins to change. You may wonder why Kaufman’s visual vocabulary is so different. Once you observe the uniformity in the faces and voices of the characters, the answer becomes clear as the film’s form becomes inseparable from its themes. At no point did I have any idea what kind of movie this was or where it might be going, and I was delighted to be truly surprised. It is a hilarious comedy about the mundaneness of business travel, a wildly romantic love story about the connection between two people, and a serious contemplation of depression, loneliness, alienation, insecurity, and identity, among others. For a picture enacted by puppets, it has more to say about the human condition than any movie I’ve seen in a very long time. Paramount wisely purchased ‘Anomalisa’ during the fest and plans on releasing it in the US (and hopefully Canada) on December 30th. I’d love to see it get not just a Best Animated Feature Oscar nomination, but stand alongside the top-tier live-action films in the Best Picture category. This was the sardonic comic highlight of the festival. And so perfectly sad. 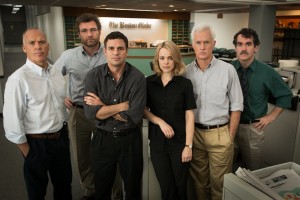 2) Spotlight
As I walked out of the screening room when ‘Spotlight’ ended, I was certain I had just witnessed one of the biggest rebounds by a filmmaker in the history of the cinema. How did Tom McCarthy go from making ‘The Cobbler’ with Adam Sandler to this? ‘Spotlight’ tells the true story of the Boston Globe’s investigation into the widespread pedophilia scandals and subsequent cover-ups with the Catholic Church. It takes a system of good to obliterate a system of evil. No one person could have uncovered this story on his or her own. It took a team. I love this movie. Sure, it will speak to the journalist within most film critics and they will respond to it on a more personal level. But, it is an intensely accomplished picture, one that functions more as a thriller than a traditional biopic primed for Oscar voters. A lesser filmmaker could set this material to easy emotional beats – McCarthy instead uses sharply penned dialogue to keep this story moving at an electrifying pace. Its ensemble cast includes Rachel McAdams, Michael Keaton, Mark Ruffalo, Stanley Tucci, Liev Schreiber, Billy Cruddup, and John Slattery. It’s hard to pick a favorite here, but I’m going with Mark Ruffalo, and I hereby declare him our most lovable actor. 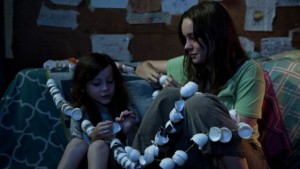 3) Room
I didn’t know what to expect going into ‘Room’ (I hadn’t read Emma Donoghue’s novel of the same name nor was I familiar with director Lenny Abraham’s body of work), but I certainly wasn’t expecting an experience this heartrending. The story is told through the eyes of a five-year-old boy named Jack (Jacob Tremblay) who has lived all his life in the sequestered confines of a soundproof garden shed. For seven years, his Ma (Brie Larson) has been locked up and abused by a man she calls Old Nick. I won’t say what happens beyond this point even though the film’s theatrical trailer is content with giving it away. I can’t overstate the emotional impact of this picture. Like ‘Spotlight’, the emotional power of ‘Room’ derives from its hopefulness for the future – in this particular the case, hope of reconditioning an ordinary childhood. Larson knocks it out of the park – this is as good a performance as I’ve seen in a movie all year (I’d be okay if we gave Brie Larson all the acting prizes during this upcoming awards season). And young Tremblay is unforgettable. You’ll want to bring some tissues to this one. 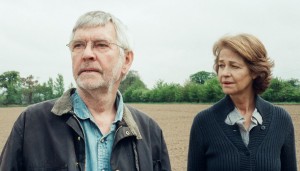 4) 45 Years
Andrew Haigh improves upon his superb low-budget ‘Weekend’ with ’45 Years’, a two-hander of a drama that builds in emotional intensity as it unfolds and contains a pair of sublimely understated performances. The two leads masterfully communicate the thoughts and emotions their characters are conditioned not to express vocally. In the week leading up to their 45th anniversary, Kate (Charlotte Rampling), and Jeff (Tom Courtenay) receive an unexpected letter containing news that could change the perspective of their marriage. With systematic precision, this film offers a portrait of a marriage, and explores themes such as lost time, whether the knowing or not knowing of secrets is more poisonous, and whether a love so forceful and time-tested can be undone by a thing of the past. Haigh often beautifully shoots these two performers (who are as good here as they have ever been) in long takes. This is a movie that bypasses the usual melodramatic beats that typically accompany these sorts of revelations in favor of something more muted and contemplative. ’45 Years’ is devastatingly superb – one that will linger in the mind long after you leave the theater. And my goodness, the final shot… 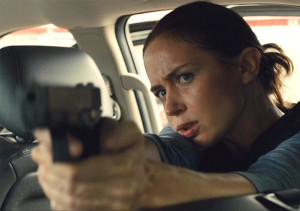 5) Sicario
I’m thinking it, so I might as well say it: Denis Villeneuve isn’t just one of the best Canadian filmmakers, but among the very best of filmmakers working today, period. Kate Macy (superbly embodied by Emily Blunt) is a tough, idealistic FBI agent who joins a secret CIA operation to take down a Mexican cartel boss, but she may not be equipped to deal with world. The fundamental rules of audience identification are tossed aside and a moral horror is presented. The violence in this picture is startling, but never for a moment does it feel sensationalized; yet, every moment from the first to last is suspenseful. Kate’s reflexive stoicism is compellingly deliberate which is perfectly served by Blunt’s steely ferocity, Villeneuve’s skillful direction, Roger Deakin’s always-brilliant cinematography, and Jóhann Jóhannsson’s unrelentingly pounding score. I’m not sure all viewers will respond to its unconventional dramatic center and I suspect some will write it off as another drug-war tale before seeing it. It is much more subversive and sonorous than it appears on the surface. ‘Sicario’ is a brutal plummet into hell, and it provided me with one of the most heart-pounding cinematic experiences of 2015.

Included below are my scores for the films I saw at TIFF15:

45 Years: A-
A Tale of Love and Darkness: B-
Anomalisa: A
Bang Gang (A Modern Love Story): B
Beasts Of No Nation: B+
Black Mass: B-
Chevalier: B
The Danish Girl: C
Demon: C
Dheepan: A-
Embrace of the Serpent: C
He Named Me Malala: C+
Ixcanul: B
James White: A-
Journey To The Shore: B
The Lobster: B
London Road: C
Louder Than Bombs: B+
Mia Madre (My Mother): C
The Martian: A-
Mississippi Grind: B
Mustang: A-
Legend: C
One Breath: B
Our Brand Is Crisis: C-
Room: A
Sicario: A-
Son of Saul: A-
Spotlight: A
The Assassin: B
The Treasure: B+
Victoria: B+
The Witch: B+
Youth: B- 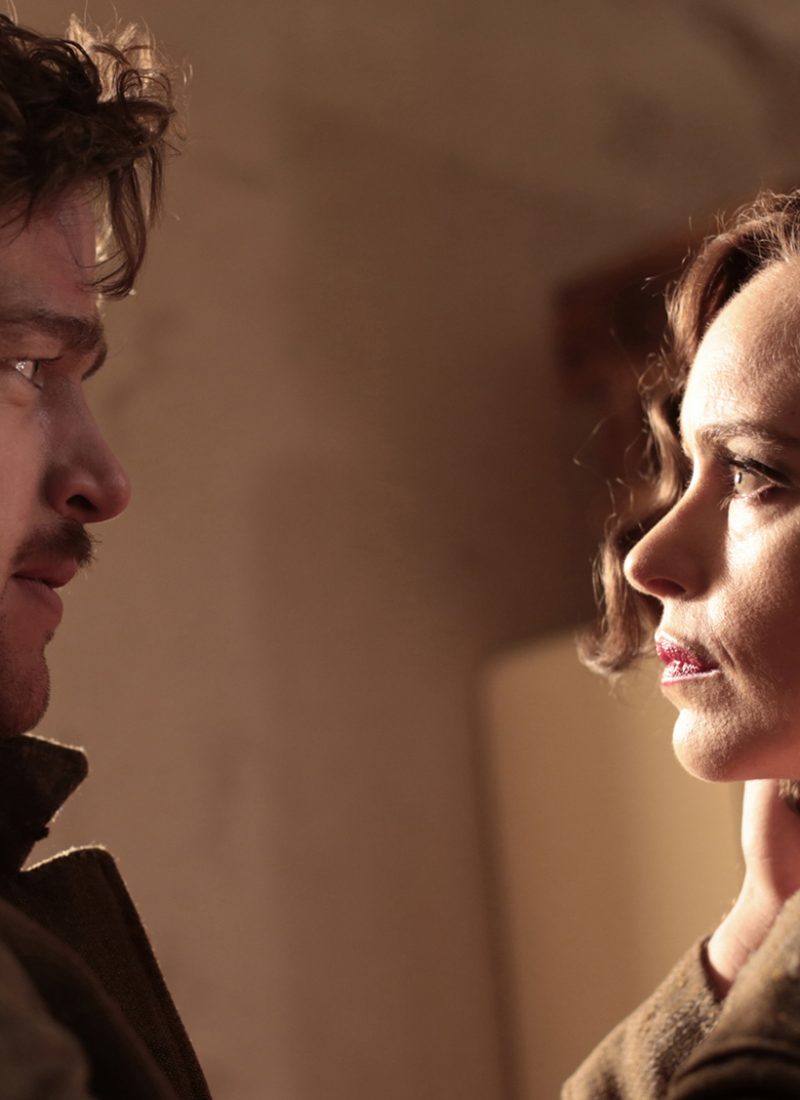 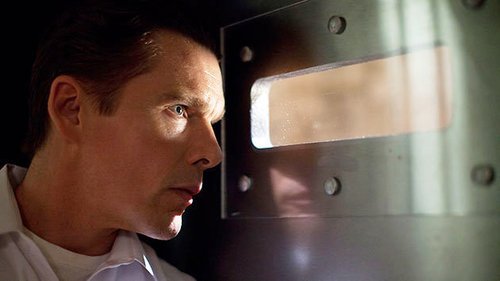 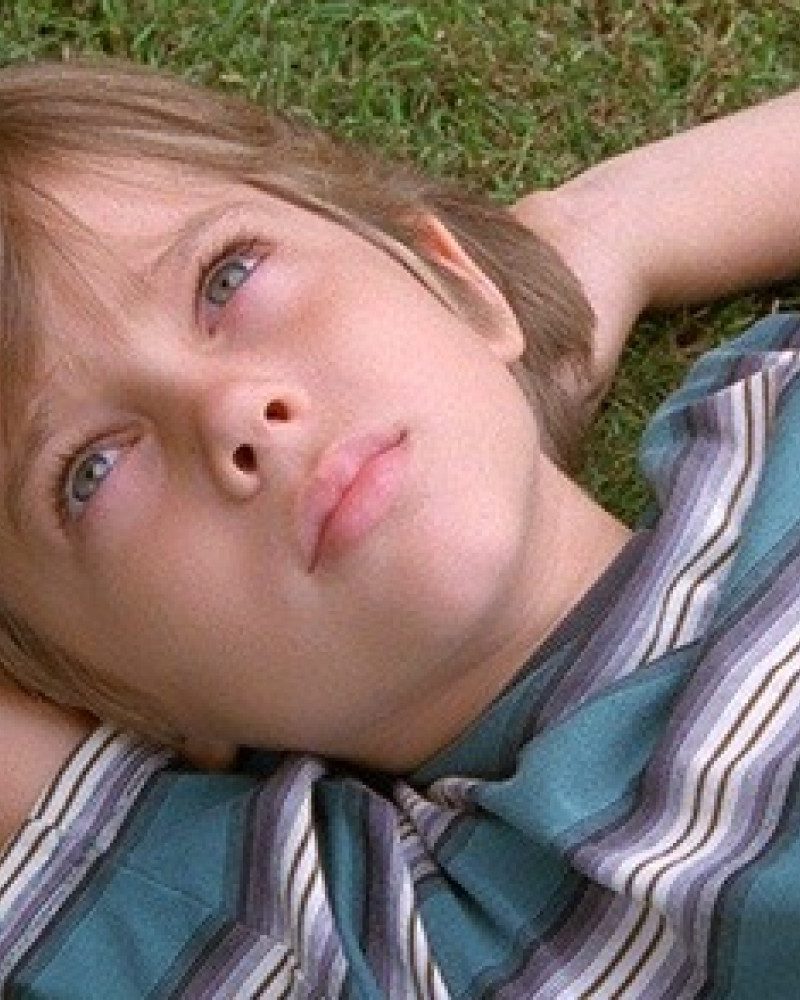 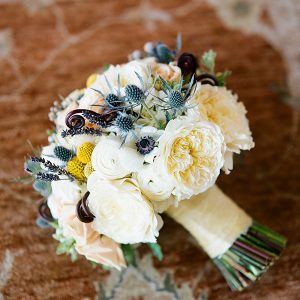