TIFF has been a really busy time for everyone, and this year is not an exception. The amount of parties, screenings, and gifting lounges over the first few days  is the really exciting part, but those events tend to be crowded any you don’t get to see the A-listers very often.

Being the movie buffs that we are, we were thrilled to have been asked to spend the day hanging out and celeb watching on saturday. We were lucky to enough to be the only outside media allowed to spend the day backstage the Moroccanoil Variety Magazine Lounge at Holt Renfrew in Toronto.

We started the day with a hand and shoulder massage that made showing up at the event at 8:00 in the morning (with 3 hours of sleep- THANKS TIFF PARTIES!) worth it. The Moroccanoil body line not only is great for sensitive skin (!!), but every product smelled divine, and left our skin feeling baby smooth! No wonder all the stars were so happy to take products home with them.

Our favourite product by far is the Shimmering Body Oil. It has the most subtle hints of shimmer, but it’s perfect to add a bit of glow to your skin.

Having worked in media before, I understand the hustle and bustle that is involved in getting A-listers in, interviewed, and out within 20 minutes, but the sheer volume of talent had my head buzzing. If you squint hard enough, you’ll see us in the background.

The Variety Studio was tucked away in the corner of Holt Renfrew, but they did such a great job, that you had a hard time believing that it was a pop up! 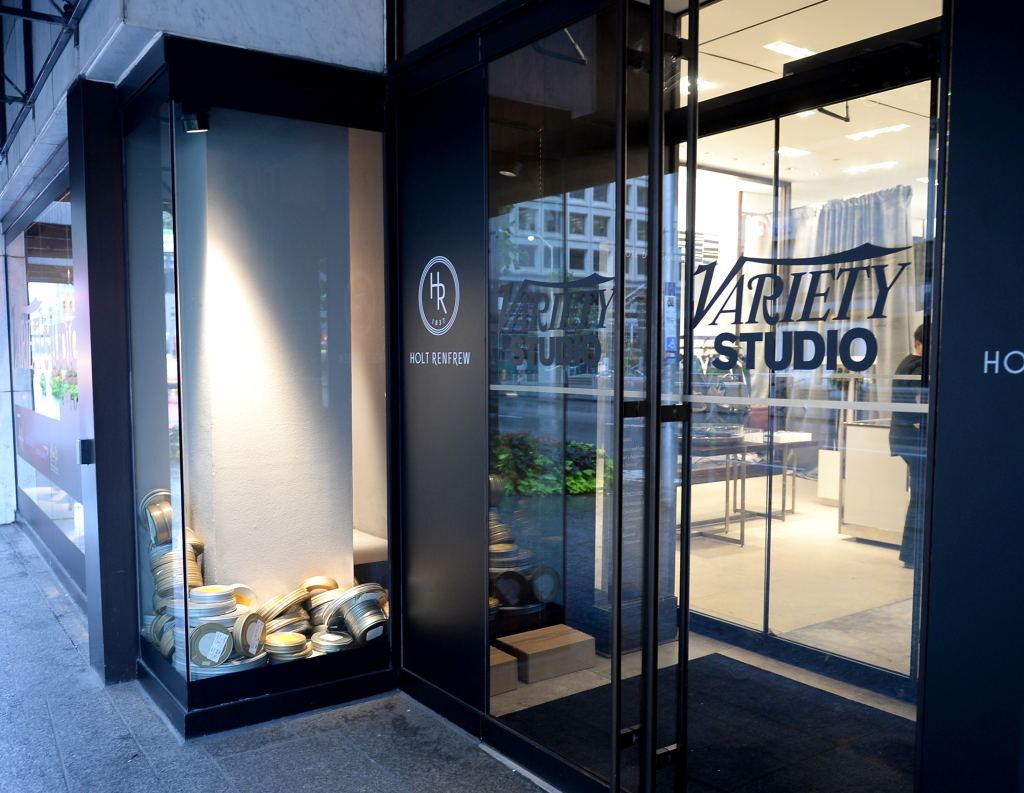 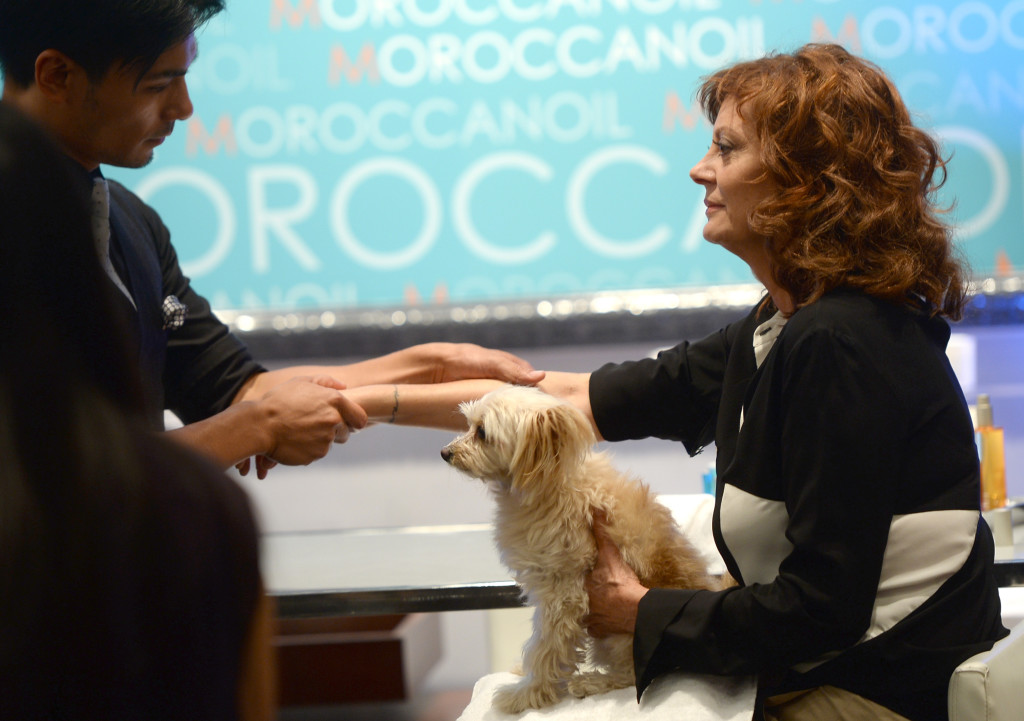 Oh, Susan Sarandon! A woman after our own heart! She had the best stories, and had her puppy with her. Having just returned from Burning Man, and doing the TIFF media circuit, she was eager to have a hand massage from the Moroccanoil team! 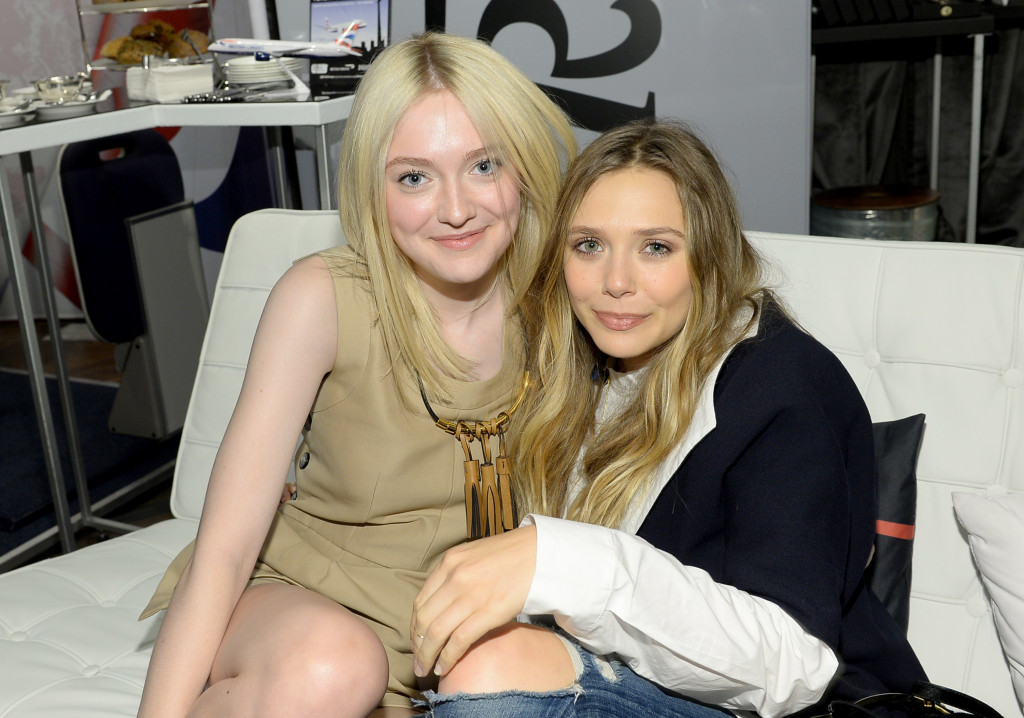 Dakota Fanning is the most adorable person on the planet, and while she’s taller than I imagined, she was just as bubbly in person as you see on the screen. Elizabeth Olsen, the younger sister of the Mary-Kate and Ashley, is stunning, and has a killer fashion sense to boot! (see above!) 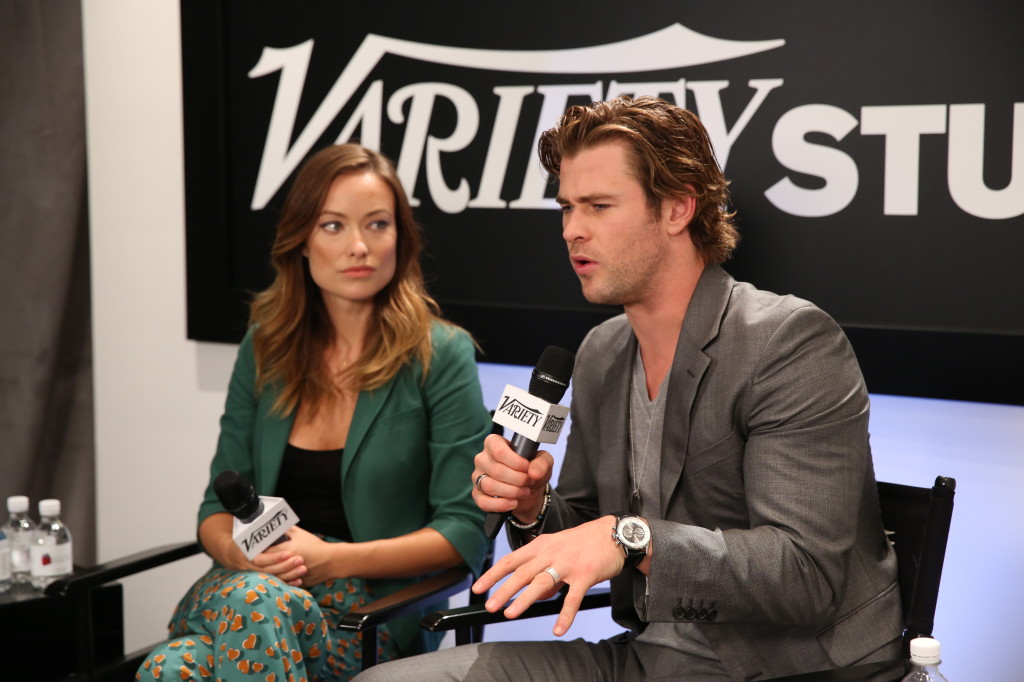 Olivia Wilde was by far our favourite. Her easy demeanour, and KILLER outfit had us fan-girling the moment that she walked in, BUT our quick chat about her shoes won our heart. Chris Hemsworth’s accent had all the girls swooning, too! 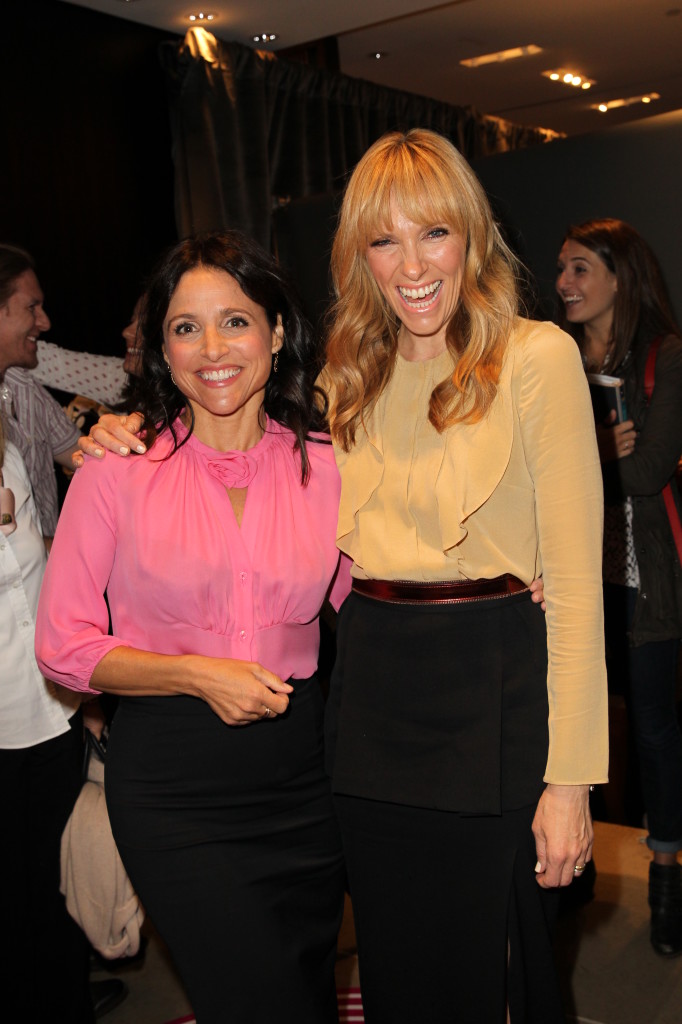 Julie Louis Dreyfus and Toni Collette were both rays of sunshine at 8 am. 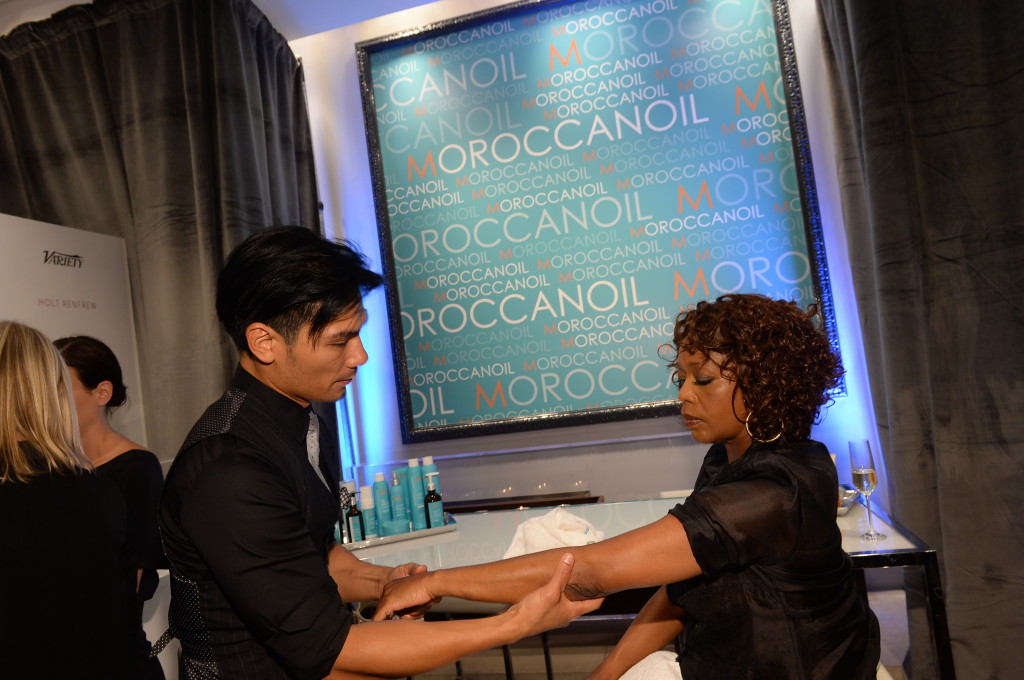 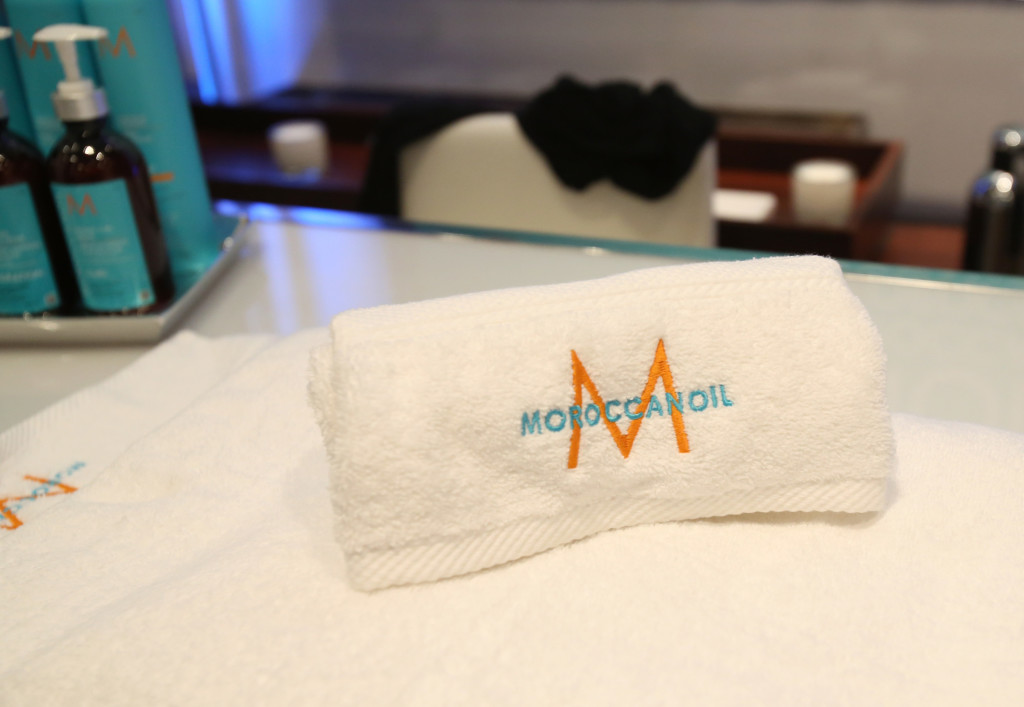 And let’s not forget the leading men  who stopped by during the day. Jason Bateman, Clive Owen, Michael Fassbender (such a charmer!) were pros. Jason Bateman, also might have had the smallest team with him.

It was a fun filled day, and we’re beyond thankful to have been invited to stop by! 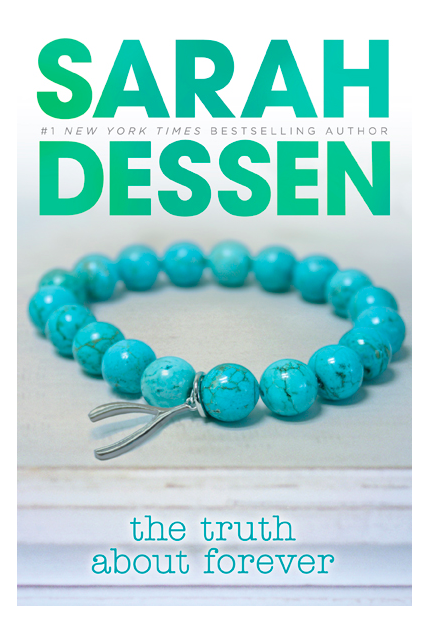 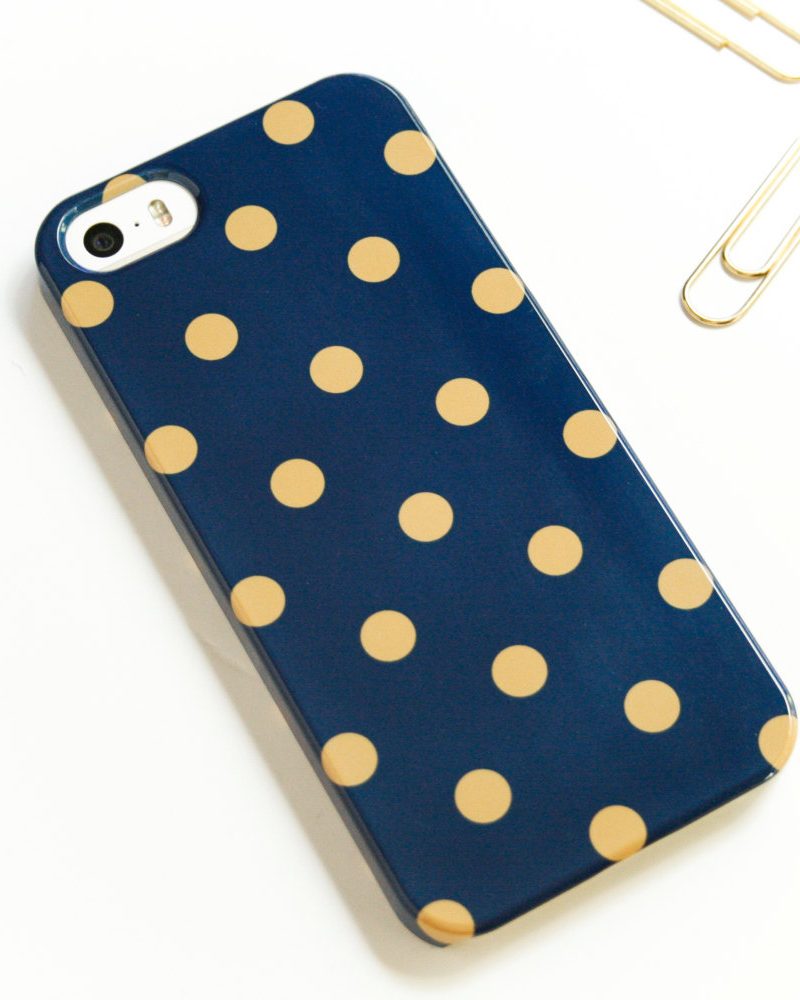